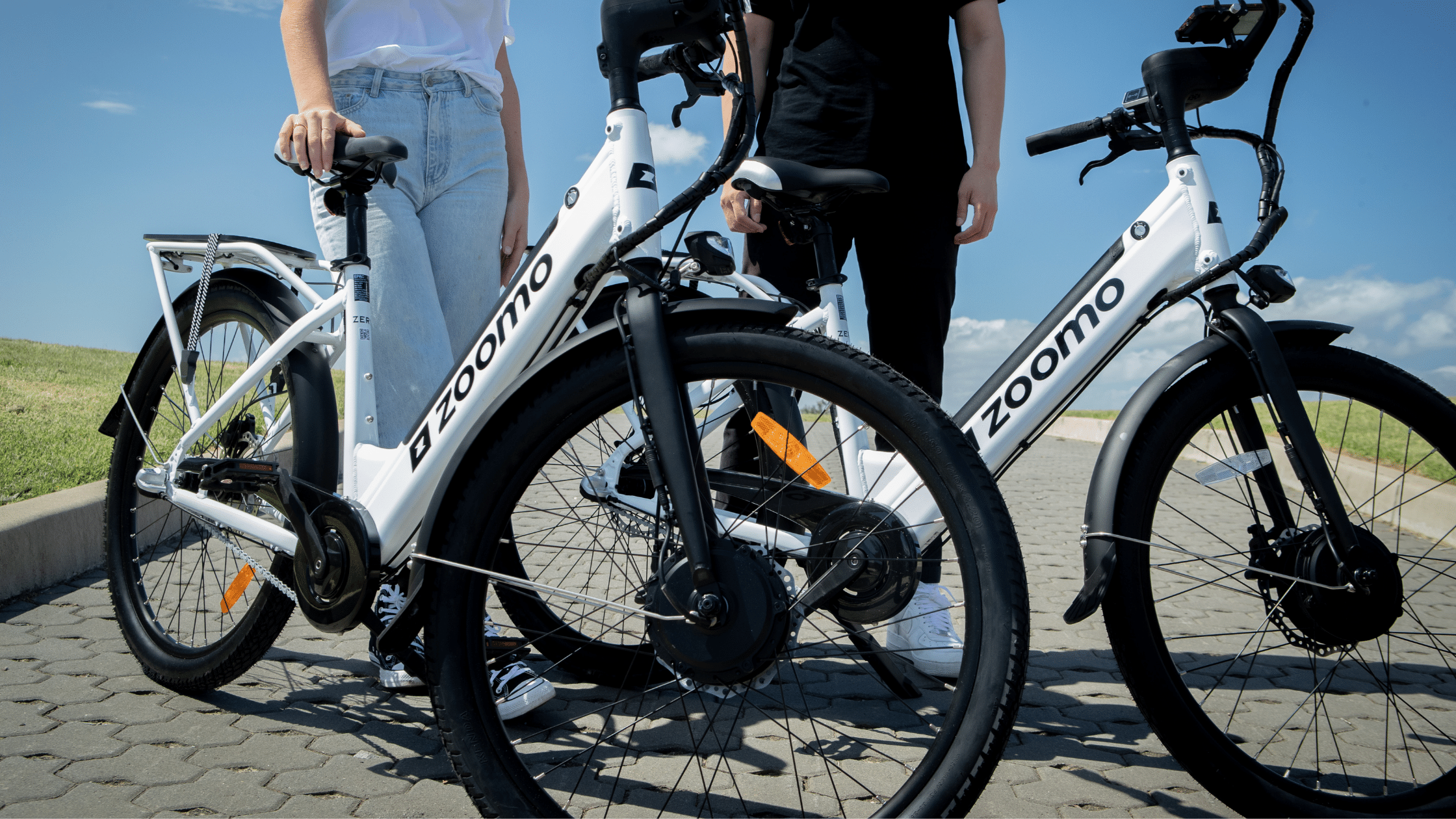 What's an e-bike, and what are the restrictions to riding one in the US?

Renting electric bikes is becoming the main way for food delivery couriers and everyday commuters to travel around, with the growth of the sector in 2021 highlighting just how much the country is embracing their fun, healthy and green benefits.

As the US becomes more bikeable, with bike networks across the country expanding, e-bikes will only continue to be the most cost and time effective way for delivery riders to work with, everyday commuters to move around the cities, see friends, or complete a variety of commercial journeys.

E-bikes appeal to a wide range of people as they provide the simplistic nature of cycling but do not require mass outputs of energy due to the power assistance. Both traditional cyclists and motor vehicle drivers are beginning to make the conscious swap to an electric bike, here’s a few reasons why.

What actually is an electric bike?

You’ll read this a lot today - the definition of an e-bike in the US depends on the state you’re in.

Here are some examples of these different definitions:

What is the three-tiered e-bike classification system?

How fast can my e-bike go in America?

The federal limit on an e-bike’s top speed is 20 miles per hour, however some states will have local limits and your bike should respect regular road speeds.

If your state identifies a three-tiered system (i.e. New York or Illinois), Class 3 bikes can go as fast as 28 miles per hour.

It is important to note that the motor of an e-bike also cannot exceed 750 watts.

What other restrictions face e-bikes in the US?

For e-bike riders in states that use the three-tiered system, you do not need to be licensed or registered to ride an e-bike.

However, this will depend on what class e-bike you are riding. In California for example, riders of class 3 bikes must be 16 years or older, wear a helmet, cannot carry an extra passenger, and require authorization for riding in regular bike lanes.

If you are in a state where e-bikes are classified as mopeds or scooters, such as Massachusetts, New Mexico, or Wisconsin, you will need both a license and registration.

Most states across the country do not require e-bike insurance, with the only exceptions being West Virginia, North Dakota and New Mexico.

Where can I ride my e-bike in America?

States that use the three-tiered system allow most e-bikes to ride on regular bike lanes, unless they are class 3 bikes, which must be ridden on roads. This is the same when it comes to riding on trails, with only class 1 and 2 bikes allowed to ride on paths and trails.

States have differing rules regarding e-bikes riding on sidewalks, however this is mostly forbidden across the country.

How old do I need to be to ride an e-bike in America?

Some states don’t have any age restrictions at all, however riders under the age of 14 must be accompanied by an adult over the age of 18.

Do I need to ride a helmet on an e-bike?

States that follow the three-tiered system typically don’t require riders who ride a class 1 or 2 bike to wear a helmet.

25 states, including Washington DC, have some helmet requirements, with five of these states asking for any rider, regardless of age or bike class, to wear a helmet.

Across most states a regular bicycle helmet is fine to wear on an e-bike, however some states, such as Alabama, require e-bike riders to wear specific motorcycle helmets.

Your requirement to wear a helmet will also depend on your age. Most US states require children under the age of 14 to wear helmets, while other states require anyone under varying ages from 15-19 to wear helmets. However, we’d recommend that anyone riding an e-bike should wear a helmet, especially when traveling long distances or on busier roads.

Anything else I need to be aware of?

Other things to be aware of when you rent an e-bike is ensuring it is fully functional. Your front and rear brakes must be working and in good condition, and also must have working lights (again front and rear) to ensure maximum visibility at night. And finally, e-bikes must not be ridden under the influence of alcohol or drugs!

As you can see, regulations are very dependent on the state you are in, and can be quite confusing if you’re a new rider! So before purchasing or riding an e-bike, make sure you check your state’s rules and legislation to ensure you are as safe as possible.

This might be a lot to take in all at once, however once you’ve figured out the do’s and don’ts of e-bike riding in America we guarantee you’ll fall in love with these vehicles, and realize just how game-changing they can be for daily lives.

Get to know more about Zoomo in
No items found. 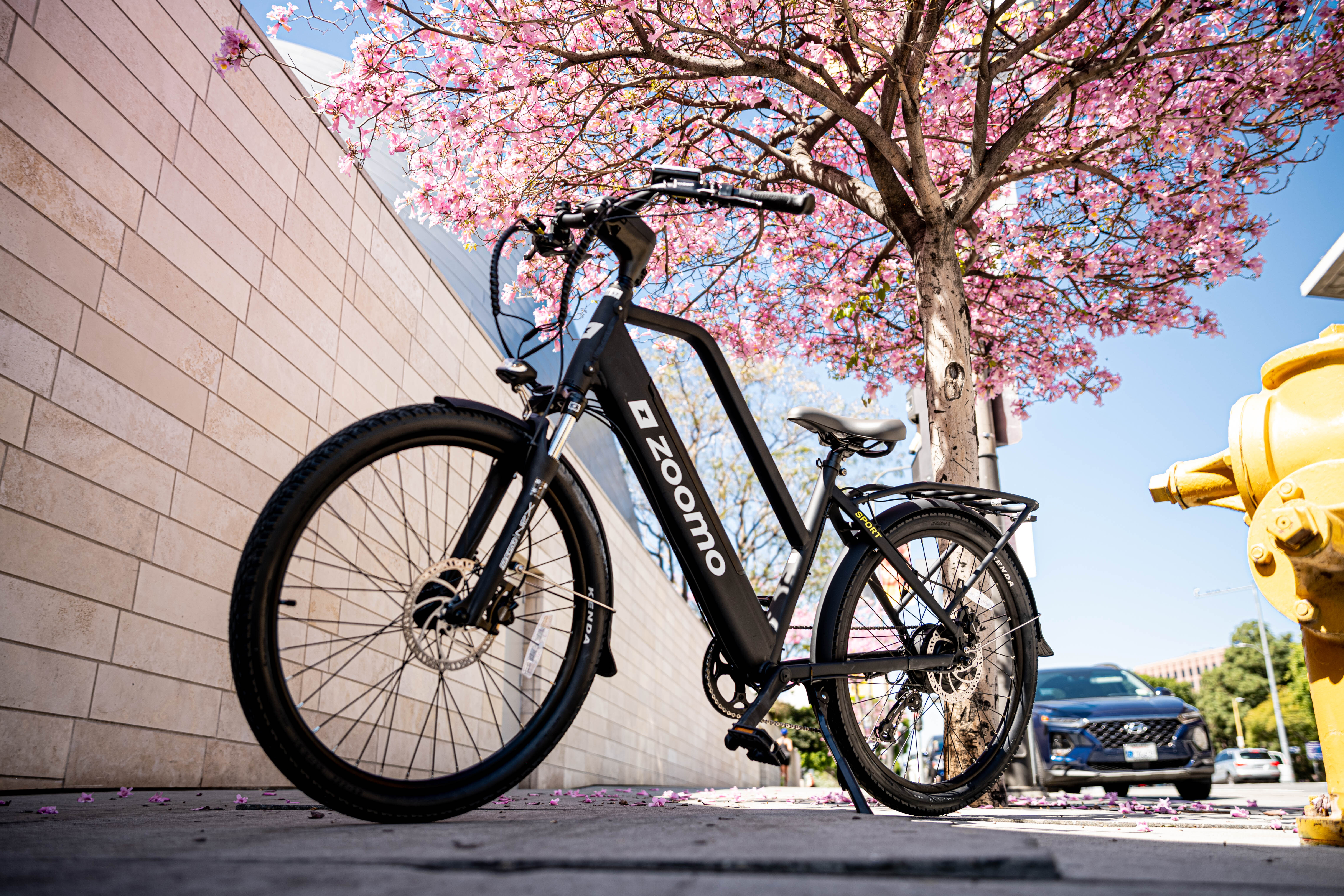 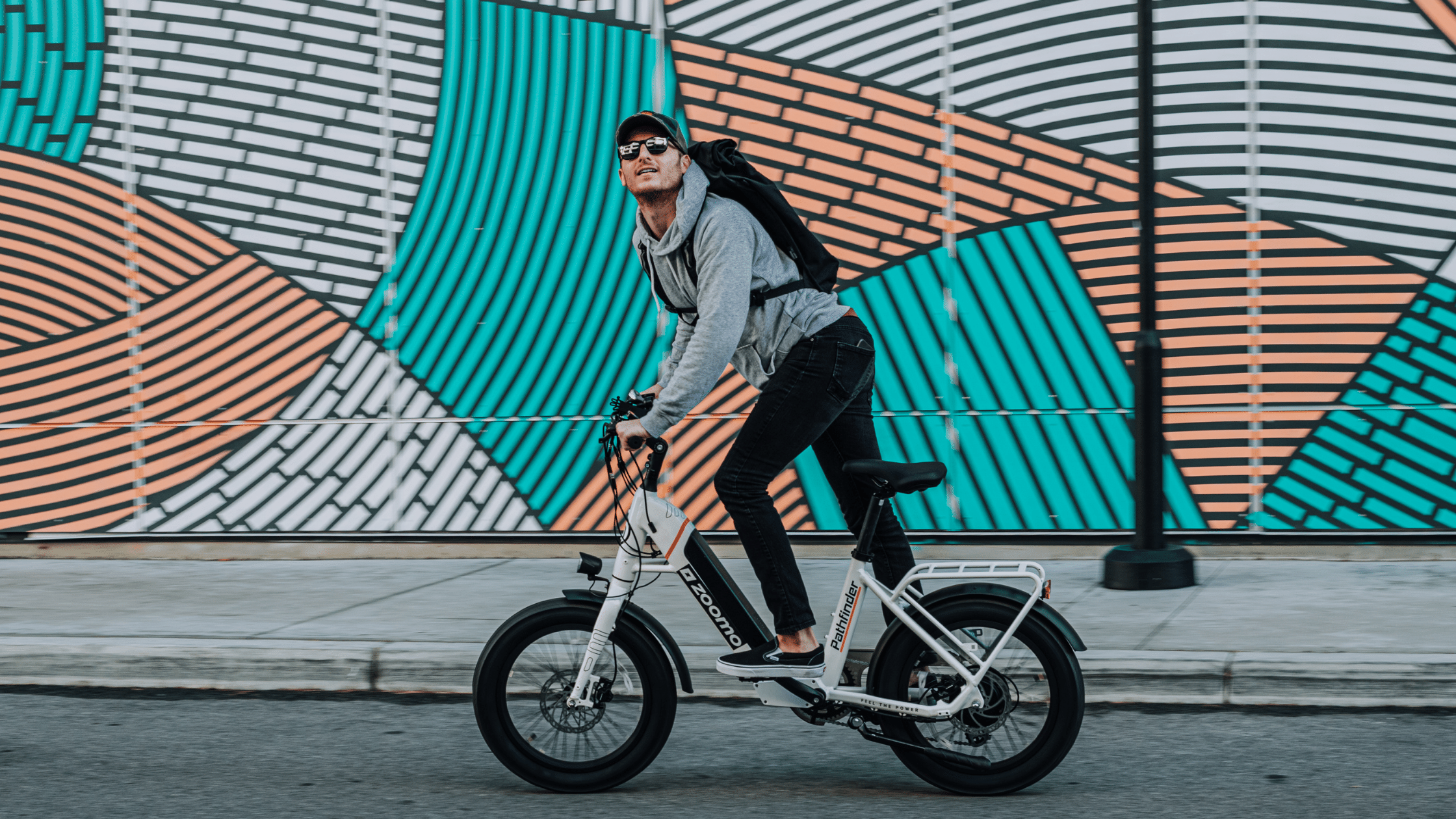 Commuting in Californian: 4 Reasons To Swap to E-bikes 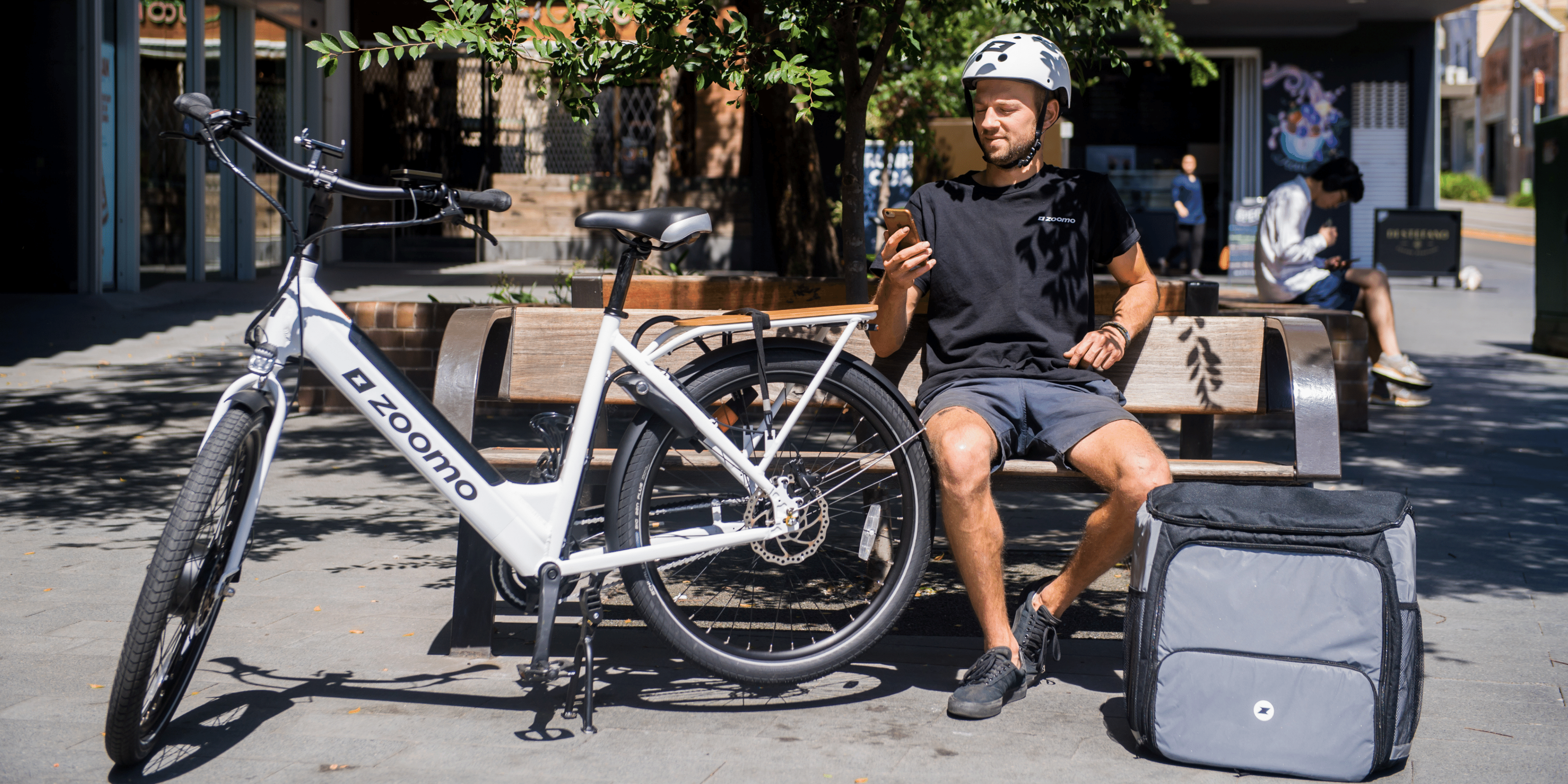 Be your own boss: Requirements to Start Delivering by Ebike in the US 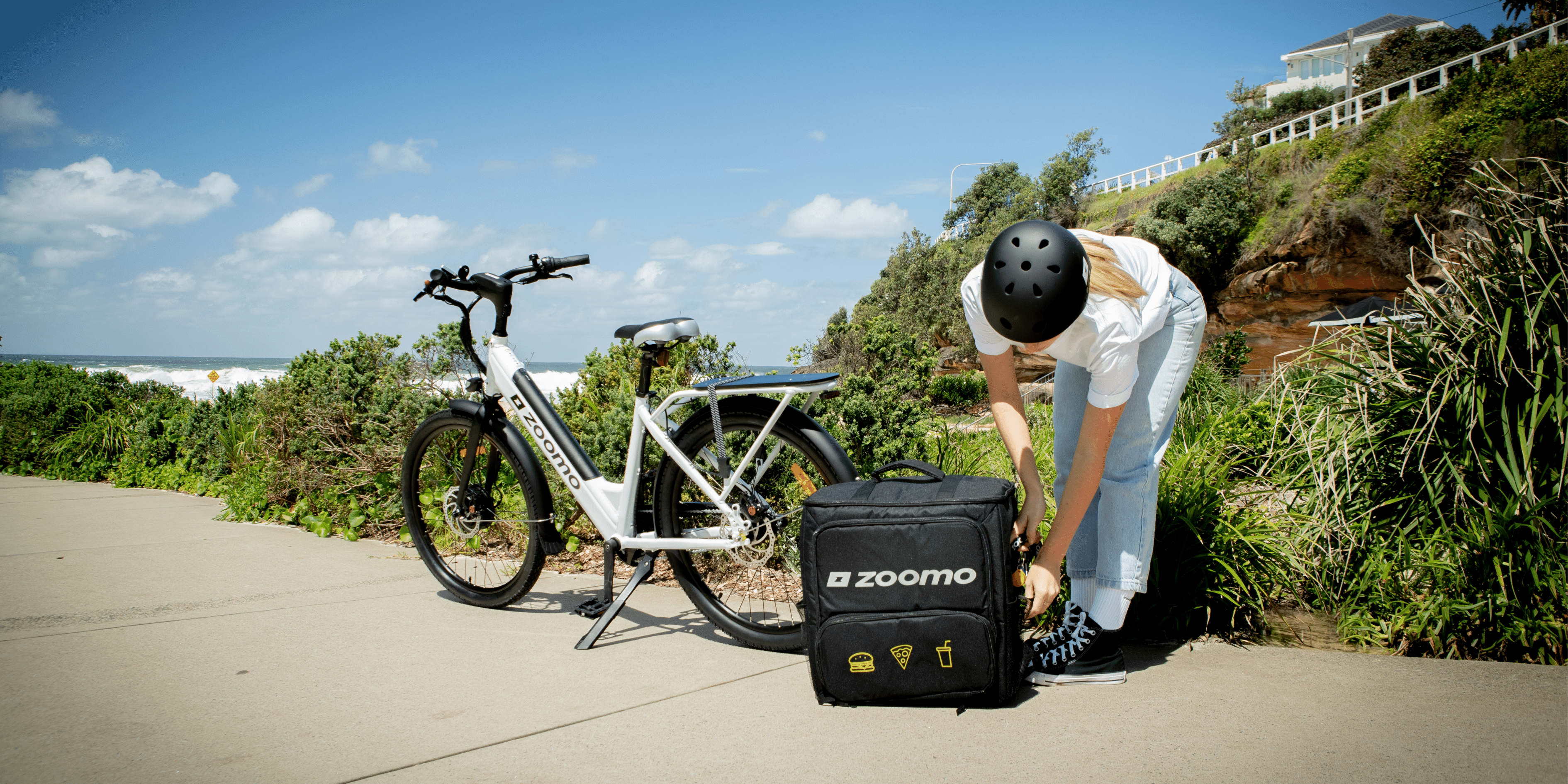 The ultimate guide to choosing the best e-bike for Delivery 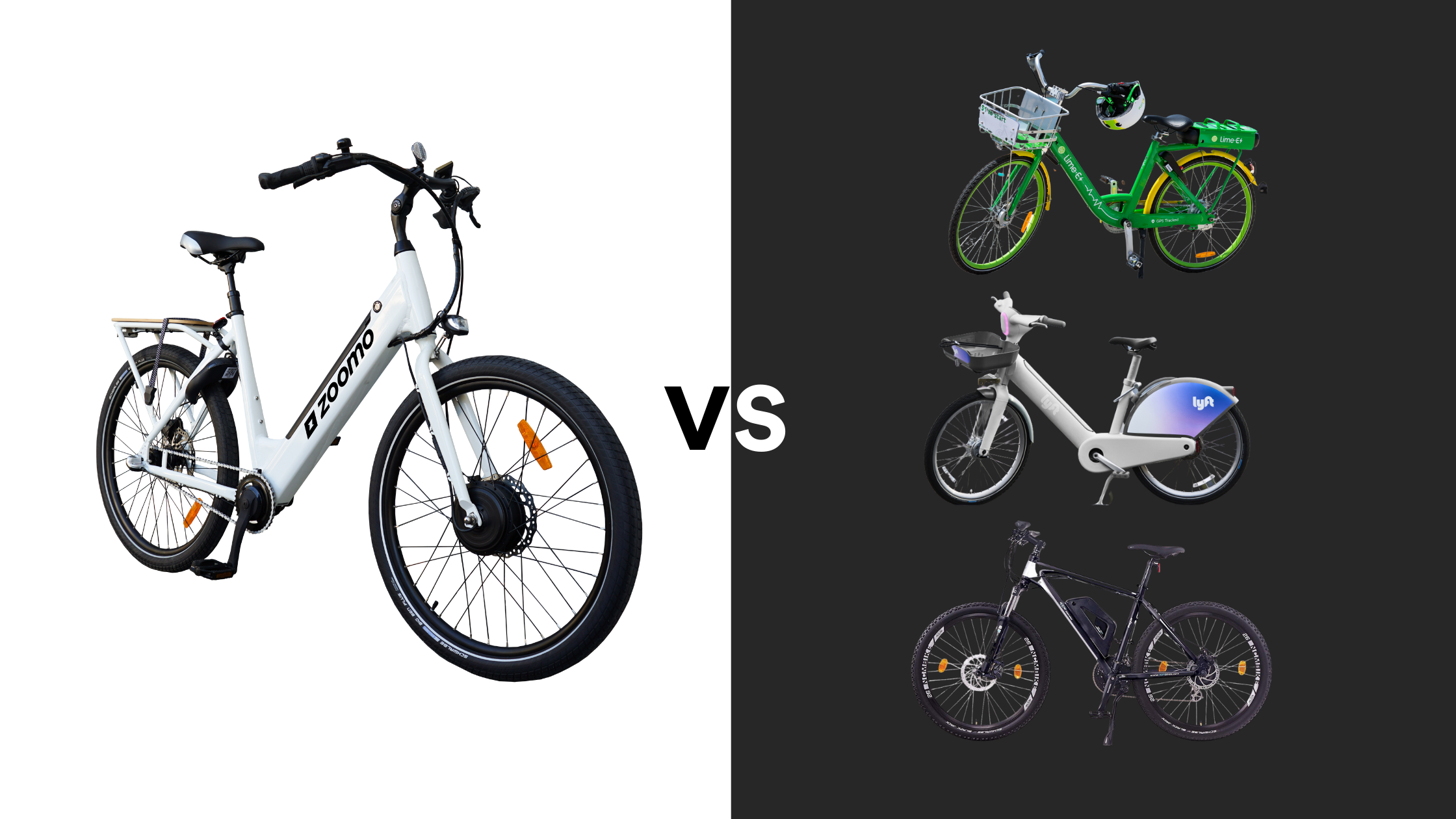